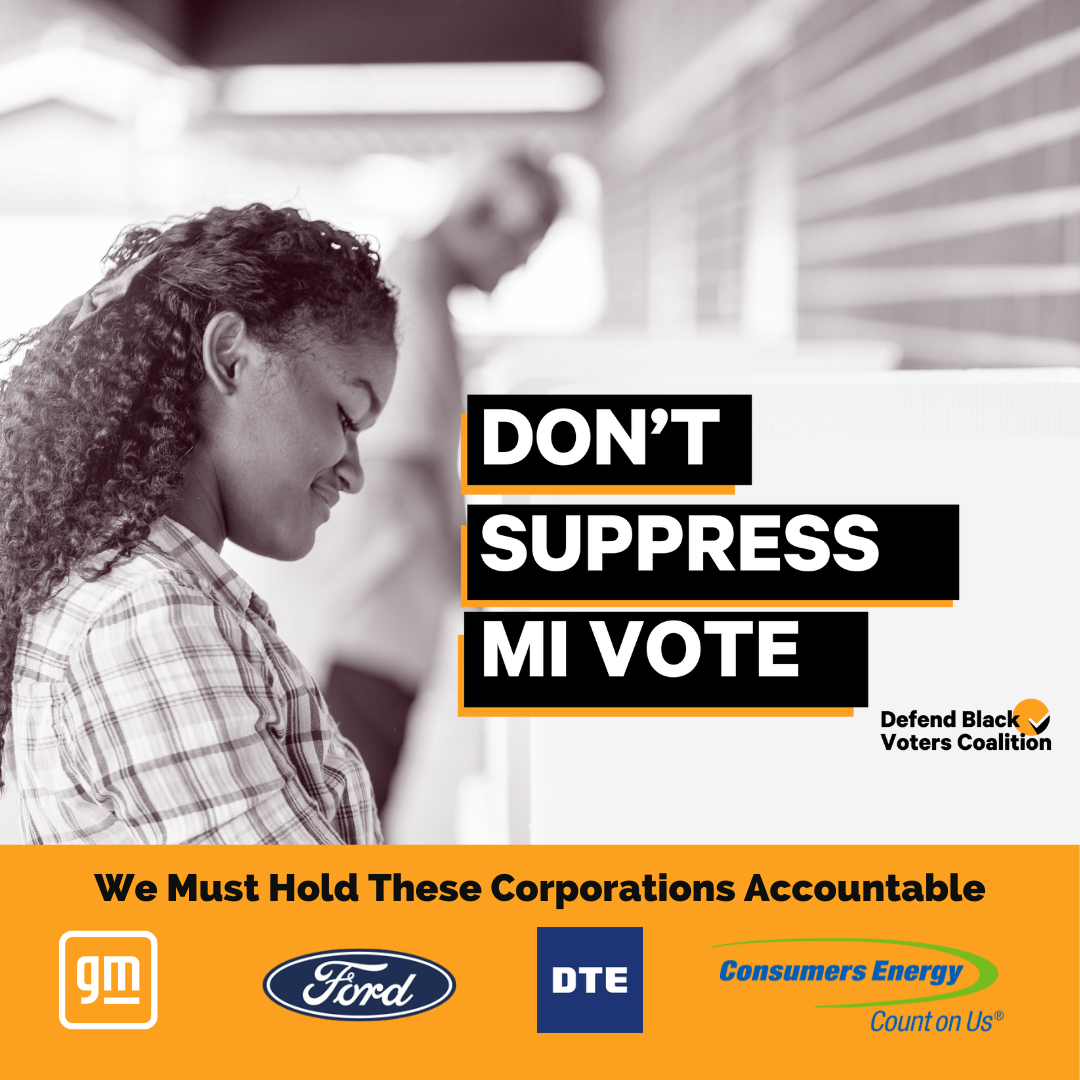 The Defend Black Voters Coalition is a multi-racial coalition with the shared value that we must build a democracy in which everyone, regardless of race, gender, or income,  has the right to an equal say in what happens in our communities. To accomplish this, corporations can no longer be allowed to financially support elected officials seeking unfair political advantage through voter suppression.

To ensure the campaign is rooted in the urgency of those most directly impacted by the voter suppression effort in Michigan, this multi-racial coalition is led by a steering committee consisting of Michigan-based, Black-led racial justice organizations (Moses Action, Detroit Action, Michigan People’s Campaign, Mothering Justice Action Fund, Emergent Justice) and the convening partner Community Change Action. In September, following the news that state agencies had cleared the “Suppress MI Vote” initiative to begin collecting signatures, executive directors representing organizations associated with the Black Freedom Collective in Michigan came together with a sense of urgency. With the clock ticking on voter suppression, they decided to escalate the fight to the corporations that, through their political contributions, would seek to trade the health and safety of Black and working-class people for tax breaks and anti-worker legislation.